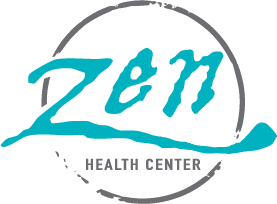 Our goal is to empower all men and women to feel their best, in less time, leaving more time to do what matters most to them – whether that be going to the movies with their family or going on a much-needed vacation without having to worry about a missed workout or indulging on a delicious meal.

Zerona-Z6 is Erchonia’s body-sculpting laser designed to target fat and contour the body non-invasively. What does this mean? Non-invasive means that the procedure does not require the introduction of instruments into the body. Thus, the Zerona-Z6 procedure has zero risks and zero downtime, meaning that our patients won’t have any interruptions from surgery, pain, wounds, or garments. Our patients walk out of office ready to take on the rest of their daily activities.

The Zerona-Z6 has proven its effectiveness and safety through a double-blind, randomized, multi-site, and placebo controlled study in which clients who received six Zerona treatments averaged a loss of 3.72* inches compared to the placebo group that lost only a half an inch in two weeks. *Individual results may vary.

Where does the fat go subsequent to Liposuction?
A study led by Drs. Teri L. Hernandez and Robert H. Eckel of the University of Colorado, randomly assigned non-obese women to two groups: the first group had liposuction on their protuberant thighs and lower abdomen, and the second group served as the controls (no treatment).

One year after the liposuction, the doctors found that all the fat had reappeared on the women who had the procedure. Shockingly, the fat was redistributed to the women’s upper bodies instead of back to their thighs and lower abdomen, where the liposuction took place. The fat had moved to the upper abdomen and around the shoulders and triceps of their arms.

They concluded that our bodies “defend” their fat. Because fat plays an important role in our bodies as energy storage and insulation for our internal organs, it makes sense that our bodies would naturally create more fat cells if they were removed, i.e. you grow new fat cells to replace the ones that were lost. In liposuction, however, fat cells are permanently removed from the area that the procedure takes place, and new fat cells usually grow in other parts of the body.

Where does the fat go subsequent to Zerona?
During Zerona treatments, the laser induces a transitory pore in the fat cell. The pore causes the lipids to seep out of the cell, causing it to drain out into the interstitial space. The lipids that were released are then absorbed by the lymphatic system where they are safely broken down before they are deposited into the circulatory system. When the fatty debris enter the circulatory system, they are used as fuel.

How Low Level Laser Helps Treat Low Back Pain
At Zen Health Center, we use Erchonia’s FX 635 laser to treat chronic and acute low back pain.